In 1893 Totley Tunnel was completed, connecting Sheffield with the west.  At 6,320 yards, this is still the longest wholly underground tunnel in the UK. 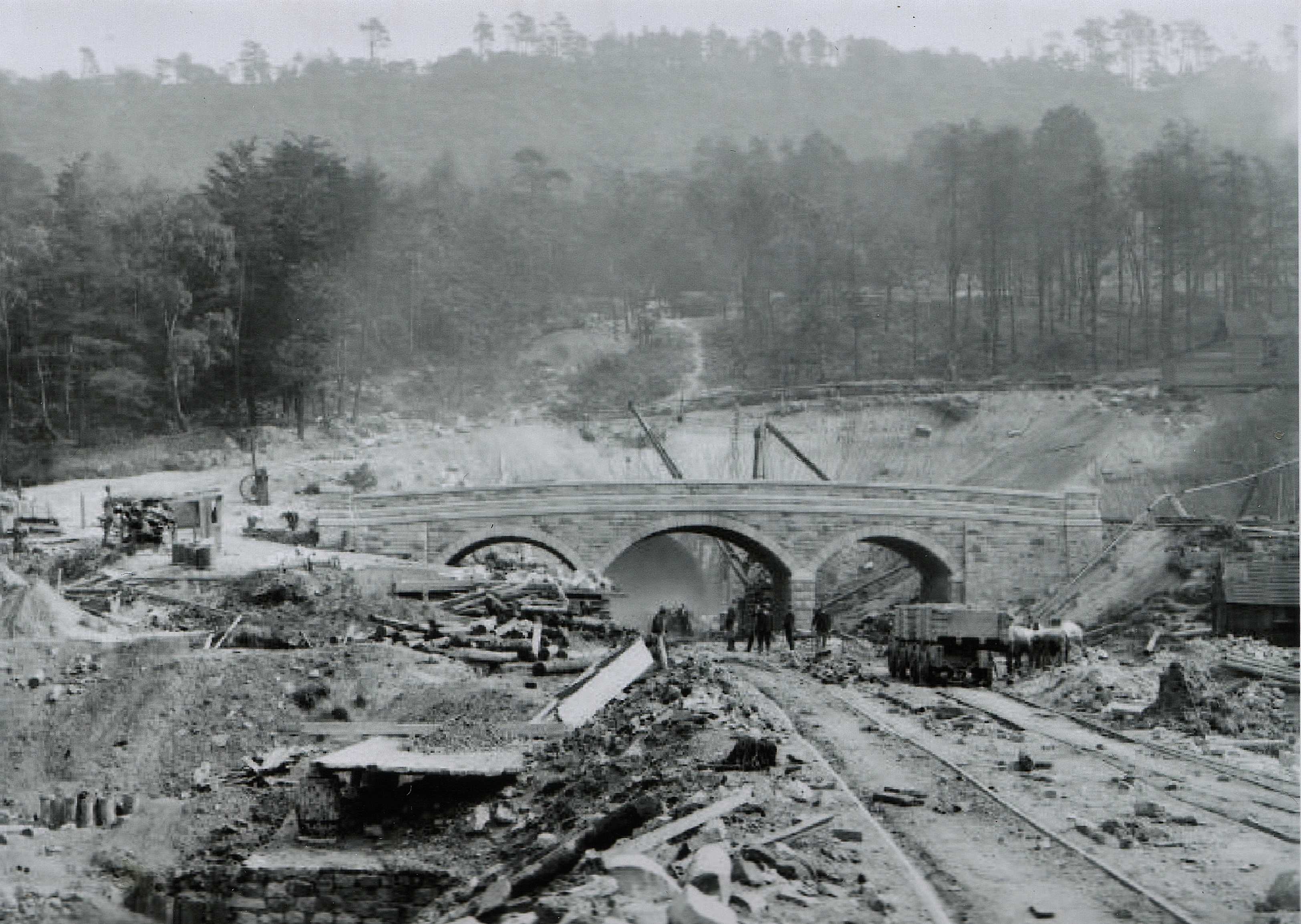 Grindleford station followed in 1894 on the (now) Hope Valley line, which serves passengers between Sheffield and Manchester.  The picture shows a construction phase of the ticket office (top right).  Since the 70s this has been a used as a café, serving satisfying meals to hungry visitors, and is the home of Grindleford Spring Water. 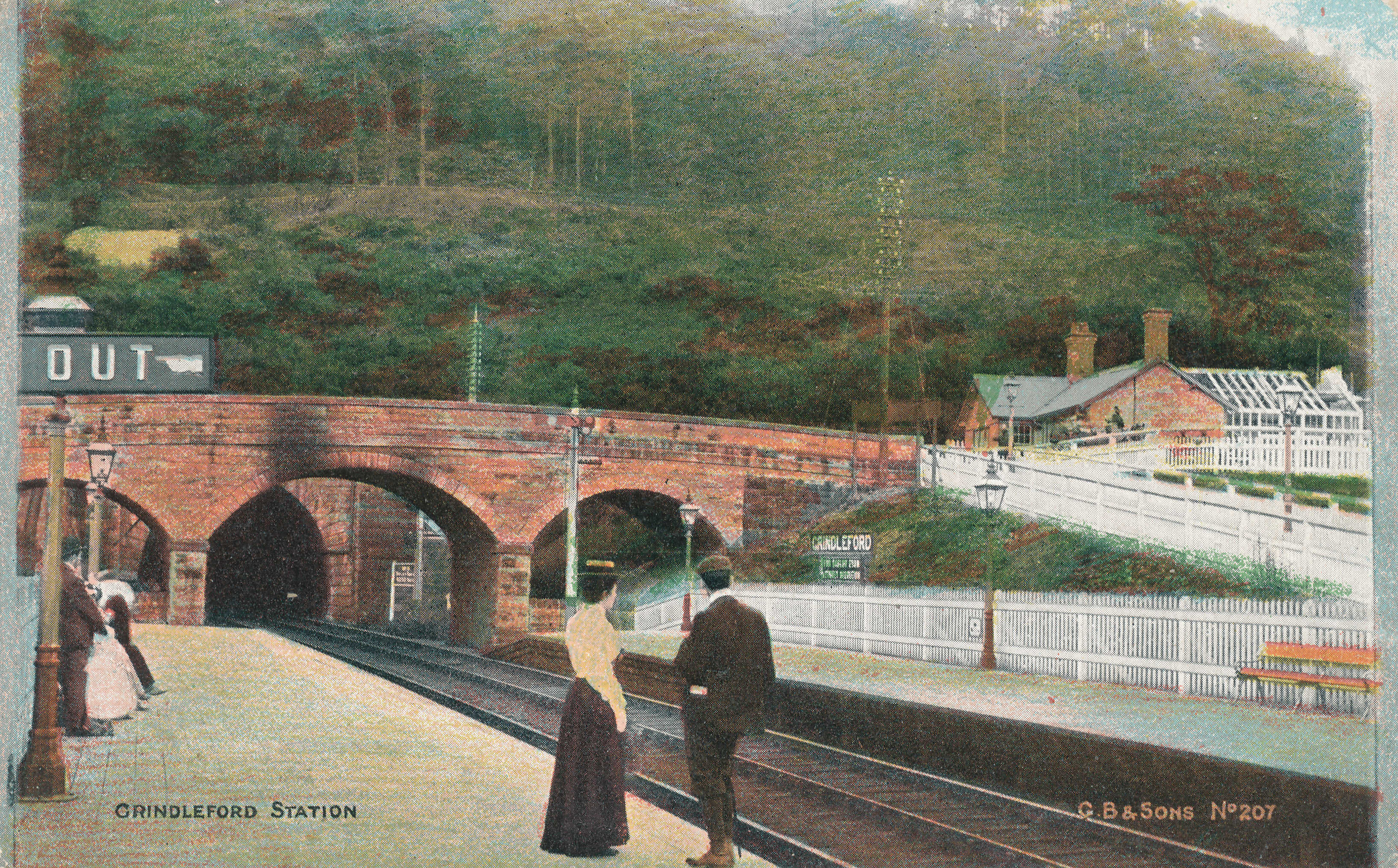 Between 1901 and 1914, a specially constructed section of railway line took stone from the Bole Hill Quarry, near Grindleford, to be used in the construction of the Derwent and Howden Dams. 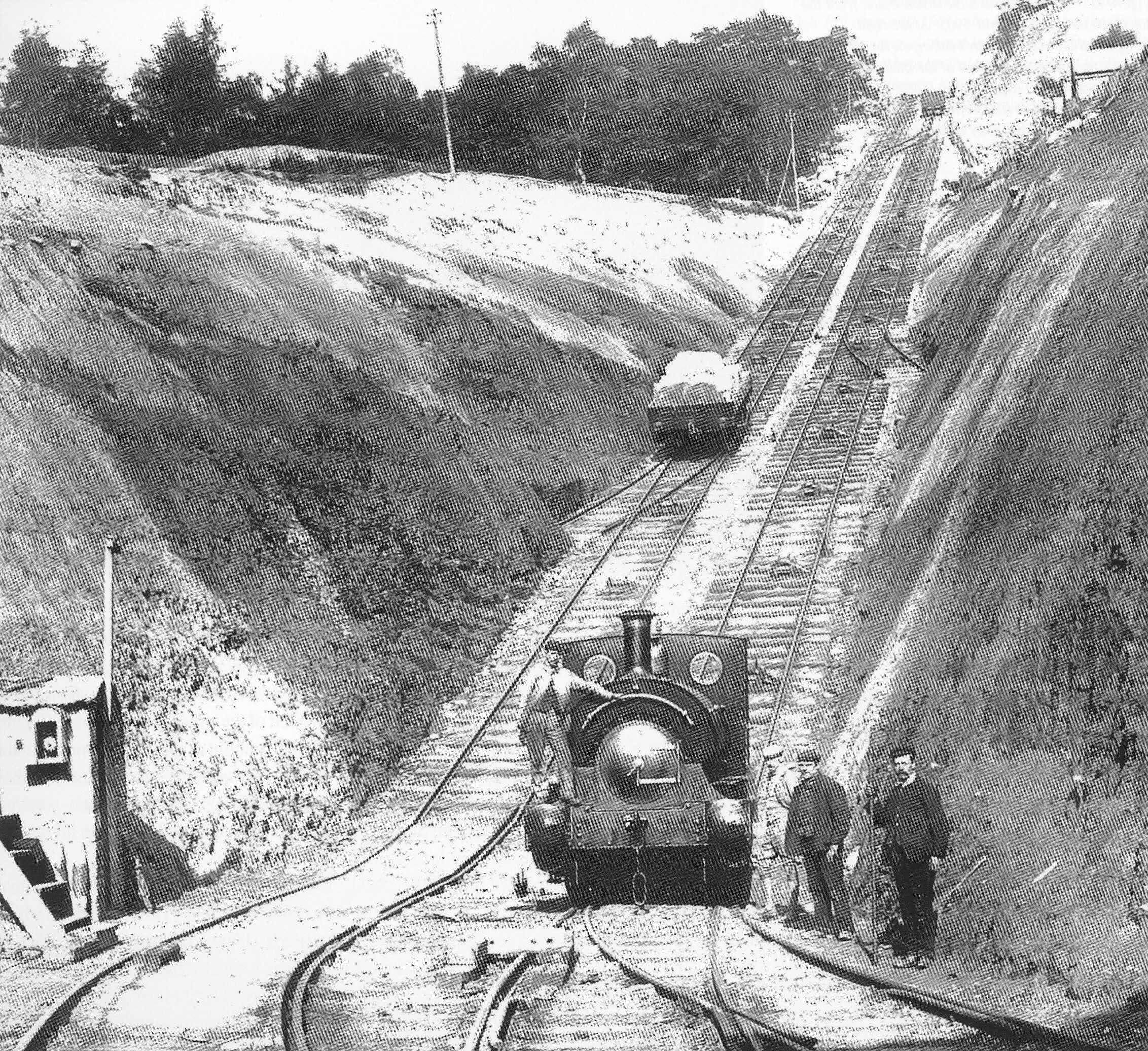 In October 1969, Queen Elizabeth alighted at Grindleford Station, on the way to see her daughter, Princess Anne, competing at the Chatsworth Horse Trials.

From 1930 onwards, the Australian Ashes cricket team took advantage of the good rail connections from Grindleford to play at Leeds, Manchester and Nottingham cricket grounds.  This continued until 1964 when improved road links and air travel meant the railway was no longer the preferred means of travel. 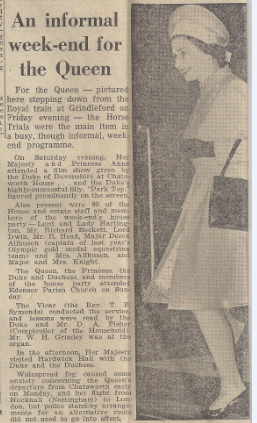